1.- Have a look at the following natural disasters, could you add any other to the list?

B.- Oral activity: Use Modal Verbs to talk about your feelings and opinion after this listening (what could be done to prevent so much pain? Could you still live in such a dangerous area? What kind of materials must be used to avoid this destruction? What would you do if this happened to you? (2nd Conditional)…

2.- https://learnenglish.britishcouncil.org/en/big-city-small-world/series-3-episode-5-environmental-issues (you must wait until it is completely loaded)

2.- Browse the net to look for pieces of news about recent disasters (look for pictures, place where it happened…)

Use your iPad to look for a picture which describes an illness. Go around the class and ask your classmates to guess it with YES/NO questions.

Have a look at the following videos:

2.- ORAL ACTIVITY: Revising Film Vocabulary:http://pin.it/bVCWZua – Student A can look at this link but SB must guess the vocabulary with SA’s help.

2.- Discuss your plans to enjoy a film with your classmates. Have a look at the different trailers and try to convince your partners to watch the one you prefer: http://www.yourlocalcinema.com/subtitled.trailers.html

A.- Creating an advertisement to make people by the last book you have read (it could be one of the two read in 3rd ESO: “Danger at Shark Rock” or “The Ghost ship”)

B.- Producing a trailer to show a film which was produced from an original book.

You will have 2 sessions to work on it, record it and 1 session to show it to your classmates and comment. Think about characters, setting, music…

1.- Listening comprehension about “a day in the digital life of a teenager”. (British Council)

What kind of conflicts and arguments to do face with your parents and siblings? Have a look at the pictures below and discuss the different situations with your partner.

A.- How do you cope with it? Have you been stressed recently? Talk to your partner about the reasons.

B.- Listen to some teens talking about their stress and discuss.

7.- Listening – The sky is the limit! You can be whatever you want. Have a look at the video “Imagine the possibilities. Barbie” Have a look at this video and share your opinion with your partner.
8.- Oral activity: prepare a father/mother vs son/daughter talk to discuss those issues important in your daily life.
UNIT 3 MORAL DILEMMAS
1.- Have a look at the following trailer and discuss.

2.- Let’s start “Moral dilemmas Project”. Join in groups of three (presenter and two interviewees). You must prepare and interview about a moral dilemma you can choose. Your dialogue / debate will take place next session in class (not recorded).

Podcasts (Intermediate) Choose one to listen to

This movie is a great example of the interplay between two very different cultures – French and Indian chefs that have some “friendly” competition when the Indian family comes to France and shows the French chef a different way of cooking – and living.

In this film cultures and personalities clash. But as the uptight owner of the French restaurant begins to loosen up and mentor the Young chef, they will just find they have a lot to learn from each other.

The Kadam family has run a restaurant in Mumbai for several years. The second-oldest son, Hassan, is being groomed to replace his mother as the restaurant’s main cook. The family’s dreams are disrupted when a mob attacks and firebombs the restaurant over an election dispute. Papa Kadam and his family successfully evacuate the guests, but Mama is killed in the fire. Seeking asylum in Europe, the family first settles in London, where their residence proves ill-suited for a restaurant. They depart for mainland Europe.

Shortly after crossing the border between Switzerland and France, the brakes on Papa’s van fail near the village Saint-Antonin-Noble-Val. Marguerite, a sous chef at an upscale French restaurant named “Le Saule Pleureur” (literally “The Weeping Willow”), passes by and offers to help the Kadams to find an auto repair shop and a guest house. She also brings the Kadams to her apartment and treats them to cold food from the larder. Papa is amazed at the quality of the food in the village and its availability and discovers that Marguerite made them herself.

He learns of an abandoned restaurant building on the outskirts of town available for purchase. Madame Mallory makes her first personal encounter with the Kadams here, when she asks them to leave the lot because it was “private property”. Seeing this as divine providence, Papa decides to buy it, even when the rest of his family is against it. He names the restaurant “Maison Mumbai”.

The building is directly across the street, a hundred feet from “Le Saule Pleureur” (hence the name “The Hundred Foot Journey”). Its widowed owner, Madame Mallory, comes over to Maison Mumbai to ask for a menu, then tries to sabotage the Kadams by purchasing all the locally available ingredients needed to cook their dishes on opening night. A cold war erupts between Papa and Madame Mallory. The war peaks on Bastille Day, when one of Madame Mallory’s chefs, Jean-Pierre, and two others vandalize the Kadams’ restaurant by spray-painting the outer wall and firebombing the interior (Mallory has nothing to do with it). Hassan catches the would-be arsonists in the act and scares them off, but his hands and legs are burned in the process.

That evening, after the Kadams calm down from the incident, Madame Mallory convenes a meeting of her chefs and asks if they know the words to “La Marseillaise“. After citing lines from the national anthem, focusing on defending the country from invaders, she claims that there are other ways to being French—equality, justice and fraternity. Knowing it was Jean-Pierre who bombed Maison Mumbai, Mallory fires the chef, then voluntarily cleans up the graffiti on Maison Mumbai’s outer wall. Hassan, having heard from Marguerite that Madame Mallory hires potential chefs by taste-testing an omelette they prepare for her and decides whether it’s a “Oui ou non”, asks if he may cook an omelette for her to his recipe. Due to his injured hands, he asks Madame Mallory to help him crack the eggs. After sampling Hassan’s omelette, Madame Mallory concedes Hassan’s potential to be a great chef and invites him to work for her. Papa is initially dead set against the move, but asks Mallory what she will pay Hassan. After throwing counter-offers to each other (Mallory and Papa) ranging from 200 to 600 Euros, Hassan stops the financial debate and grabs Madame Mallory’s offer of “320 Euros, 350 after three months”.

Hassan’s cooking proves popular and unconventional enough to result in Madame Mallory’s restaurant receiving its second Michelin Star, an elite honor bestowed on only a handful of restaurants in Europe. The award draws national attention to Hassan’s cooking, and he is offered a job in Paris, which he accepts. Papa and Madame Mallory make amends and ultimately begin romancing each other.

Hassan’s cooking quickly receives critical acclaim, fueling speculation of a third Michelin Star for the Paris restaurant, but his work is increasingly bogged down by thoughts of his family and Marguerite (with whom he has an ongoing romance), especially after tasting an Indian co-chef’s packed dinner (an authentic meal made with spices sent from India). Hassan decides to return home and reunites with Marguerite. He invites Marguerite to join him in a business venture—buying a stake in Madame Mallory’s restaurant, along with operational control. Hassan believes this will help Madame Mallory’s restaurant earn its third Michelin Star. That evening, Hassan and Marguerite prepare dinner for Hassan’s family at Madame Mallory’s restaurant. As the two young chefs bring out the dishes for the meal across the road, everyone anticipates an evening of romance and fine dining in the courtyard of Maison Mumbai.

2.- DEBATE: have a look at the following expressions used when expressing your opinion on the following issue: What do you think about broadcasting TV programs (such as The Real Hustle) showing the audience how robberies take place?

3.-  Look for information about the following famous criminals

4.- Search for crime statistics from your city or country forming enough data to compare the crime rates back home and see which are the safest (and least safe!) cities. Local newspapers normally cover crime in some detail, and will be a good source for recent events. Has the crime rate been falling or rising? Why might this be?

2.- LISTENING B1.- (Work on 2 of the listening activities you will find on the right column)

“Barbara Peters had been worried about her husband Albert for several months. He was staying later than usual at the office, and was showing less and less interest in his wife. One evening, while Albert was in the shower, Barbara checked his phone and found numerous romantic texts from a woman named Lydia; they were clearly having a relationship. Barbara dropped the phone, dashed to the bedroom closet, loaded Albert’s gun, threw open the bathroom door and shot him six times. Albert was pronounced dead in hospital. Barbara called the police herself, admitted the murder, and made no attempt to plead her innocence.”

How did Barbara find out about the affair? How many times did she shoot Albert? Take your time to discuss the appropriate punishment for Barbara. Should her emotional state and Albert’s infidelity be regarded as mitigating circumstances, and result in a lesser penalty? Could Barbara have been mentally unstable, and need psychiatric care, rather than prison?

6.Listening 1 + Write 10 comprehension questions about the experiences told in the video. (share your Word document with me). 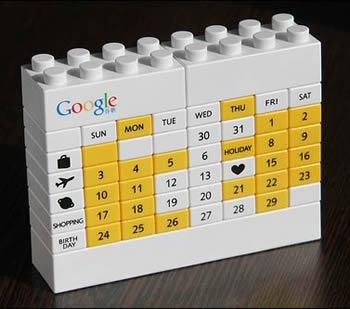